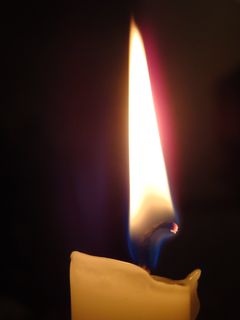 Today is Mother’s Day. I woke up wondering if I was going to get my usual breakfast in bed made by my sweet children with the supervision of their father. As the time went by and I waited, it occurred to me that if I wanted breakfast before Noon I had better get up and make it myself. My sweet children are now teenagers and nothing, not even mother-love, gets between them and their sleep!


That’s OK. Mother’s Day isn’t that big a deal at my house anyway. My biggest perk is getting to ignore the dishes waiting to be put away. But with a hands-on husband and self-sufficient teens, it’s not that different from any other day.

The thing about Mother’s Day is the attention it brings to Moms who are no longer with us as well as those who are. In that way Mother’s Day, for a lot of us, is more like Memorial Day. My mother died ten years ago. Could it possibly be that long ago?


My friend on Facebook, Mark Wozniak, brought another dimension of Mothers’ Day to my attention: mothers who have lost their children. Mark is the program host for All Things Considered at WBFO, National Public Radio in Buffalo. He and his wife lost their teenage son, Alex, to cancer. He generously wrote the following:


“Happy Mother’s Day! It’s not my favorite observance, as both of my grandmothers had died before I was born, and my mom died when I was 12. But I began celebrating it again after our son and daughter were born. It has been bittersweet since he passed away in 2004. So, I offer special Mother’s Day greetings to my wife, and to all bereaved moms, who have given life, and then endured its loss.”

In the Hallmark card commercialism that has become Mothers’ Day in America, we have forgotten that this holiday (as in ‘Holy Day’, not just ‘good excuse to go to the all you can eat buffet’) was originally created to honor the mothers of fallen soldiers of the Civil War.

Thank you, Mark, for this gentle reminder that motherhood, and fatherhood, too, for that matter, takes great courage. It is that courage that we choose to honor today.