A Case of Chronic Denial – via NYTimes.com 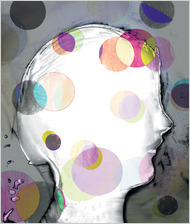 …the [Center for Disease Control] orchestrated a jocular referendum by mail among a
handful of academics to come up with a name for it. The group settled
on “chronic fatigue syndrome” — the use of “syndrome” rather than
“disease” suggested a psychiatric rather than physical origin and would
thus discourage public panic and prevent insurers from having to make
“chronic disbursements,” as one of the academics joked.

An
11th-hour plea by a nascent patient organization to call the disease by
the scientific name used in Britain, myalgic encephalomyelitis, was
rejected by the C.D.C. as “overly complicated and too confusing for
many non-medical persons.”

Too many illnesses like chronic fatigue syndrome and fibromyalgia are thought by the general public, (and too many doctors, by the way) to be "all in your head." It's time to change that!

This article, first published on the op-ed page of the New York Times, explains in plain English how bias can influence how a medical illness is perceived and the way it holds back progress by limiting funding for research, and in acceptance by the medical community. Attitude toward a disease effects patients directly. Dealing with bias is like pouring salt into an already open wound.

If you know someone with such an illness and you think you are hiding your belief that your friend or family member is "making it up", think again. We can tell. It would be better to be direct with them, then listen and be open to being educated.