When Snowmageddon Comes, Be At Home 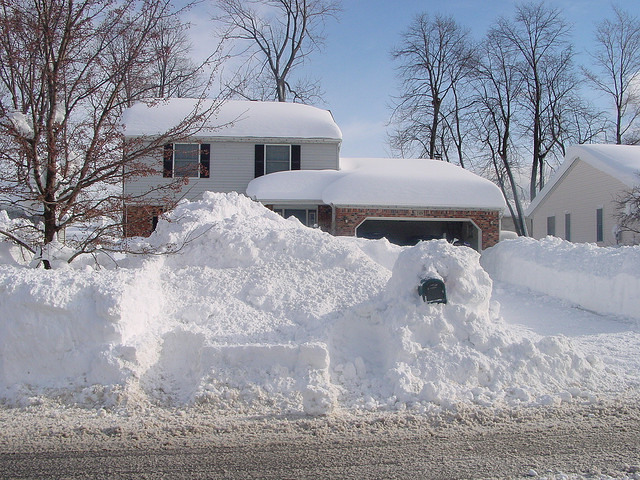 My plans to go to NYC this weekend were caboshed by Jonas. The aspect of snow itself didn’t bother me. The City is beautiful in the snow, hushed and glistening. But the thought of being stuck at an airport all weekend waiting for a flight that never came was too much. I hardly had to bother canceling, the City decided to shut down all by itself.

My colleagues on the Eastern Seaboard, bracing for the blizzard of 2016, said, “You should be used to this,” as if two feet of snow is like a bad smell. No, you don’t necessarily get used to it, but you do learn not to fight it. Some of us even learn to enjoy the forced time off. Dolce far niente!

In Case of Blizzard, Do Nothing, by former Buffalonian David Dudley, says it very well:

“There’s something cartoonish about the menace of a blizzard, in which nature’s wrath assumes a fluffy, roly-poly form and tries to kill you. It’s the meteorological equivalent of getting smothered in Tribbles, or attacked by the Stay-Puft Marshmallow Man. And yet, kill it does, via car accidents and heart attacks and other misadventures, usually involving people trying, unwisely, to do something.”

So to my friends downstate, hunker down, make yourself some popcorn, a hot chocolate or well-laced Irish coffee, and read the whole article. What else do you have to do today?