Chronic Fatigue in the News: What Does it Mean? 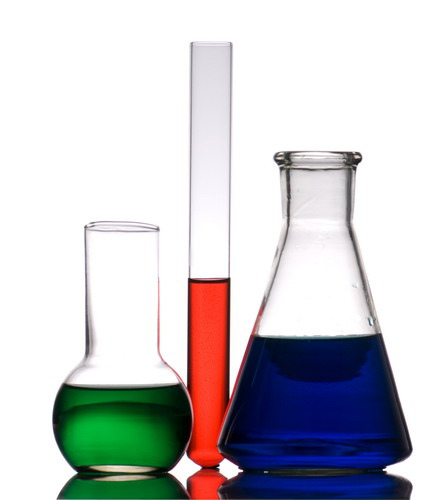 Chronic fatigue and immune dysfunction syndrome, more commonly known as chronic fatigue syndrome (CFS), affects more than 4 million people in the United States according to the CFIDS Association of America. Last week people with CFS, and many who love and care for them, received hope from this story:

"Research published
in the journal Science found two-thirds of patients with
chronic fatigue syndrome were infected with a virus called XMRV, which
copies itself into cells' genetic code. Only four percent of healthy
patients tested were infected with the retrovirus. While not
definitive, the findings offer a promising avenue for further research
and fresh hope for patients."

This news resonates for anyone who is a chronic illness wrangler, not just those with CFS. Regardless of diagnosis, we are bonded in a battle against a common enemy – the disease. So my first reaction was to be happy for my brothers and sisters with CFS.

"How wonderful." I thought. "Maybe more people will respect CFS as a real illness now and not just as something 'in your head.'"

Unless you've dealt with autoimmune disease, you have no idea how many times you hear people suggest your sub-conscience is making you sick. My respect for the mind/body connection is very deep, however, we know way too little about how the mind effects the body, and vice versa, to make judgments of any kind. I've been in this business for a long time and it's a rare thing to run across someone who wants to be sick, even unconsciously.

My second reaction was that of skeptical scientist. Clinical psychologists are trained to question. Identifying a high correlation between the presence of a virus and CFS only leads to more questions. Is it cause or effect? A fluke? Genetic or acquired? Will the research stand up to duplication? Science is a
prestigious, peer reviewed journal, but researchers at the Center for Disease Control, also doing
research in CFS, are doubtful this research will hold up to scrutiny. The New York Times:

The study received a mixed review from Dr. William C. Reeves, who directs public health research on the syndrome at the Centers for Disease Control and Prevention.
He called the research exciting but preliminary, and said he was
surprised that a prestigious journal like Science had published it,
because the researchers did not state the ages or sex of the patients
and controls, or describe the duration of the illness or how it came
on.

“If I don’t know the nature of the cases and controls, I can’t interpret the findings,” Dr. Reeves said.

“We and others are looking at our own specimens and trying to confirm
it,” he said, adding, “If we validate it, great. My expectation is that
we will not.”

Well, poop. But that's the nature of science. Nothing is ever proven 100%. The best you can hope for is that you aren't wrong and your theory is supported.

If the new finding does hold up, it will be a very cool thing. Then diagnostic tools can be developed and eventually, treatment. But that takes a long time, even if everything works out perfectly. Patience is hard when it's your life.

Speaking of which, I wondered what Laura Hillenbrand, famous CFS wrangler and author of Seabiscuit, thinks about this? Conveniently, National Public Radio interviewed her. She said,

"Wow. It's wonderful news. I've had this disease for 23 years. In the
first years that I had it there was virtually no research at all, and
all of us have desperately needed answers for what is going on in our
bodies so this is tremendous news that they've made this progress. I'm
very happy to hear it."

Hillenbrand then proceeds to throw in her own little dose of salt, stating:

"We all need to be careful in reviewing anything that's medical that we hear about."

Spoken like a true battle-hardened veteran of the chronic illness wars.

Virus is Found in Many with Chronic Fatigue Syndrome