Dr. Aletta first wrote this article in 2012. At the time there was little information that was easily accessible to the general public about the practical aspects of living with Chronic Illness and so Dr Aletta wrote several articles on her website about Chronic Illness.


Dr. Aletta has written several articles here are some that our readers have pointed out to be favorites.

We’d be remiss not to mention that Dr. Aletta has also written a book about Chronic Illness!

Sometimes there are articles that are hard to write but I know I have to. I can’t avoid it any longer. I have to write about my relapse. 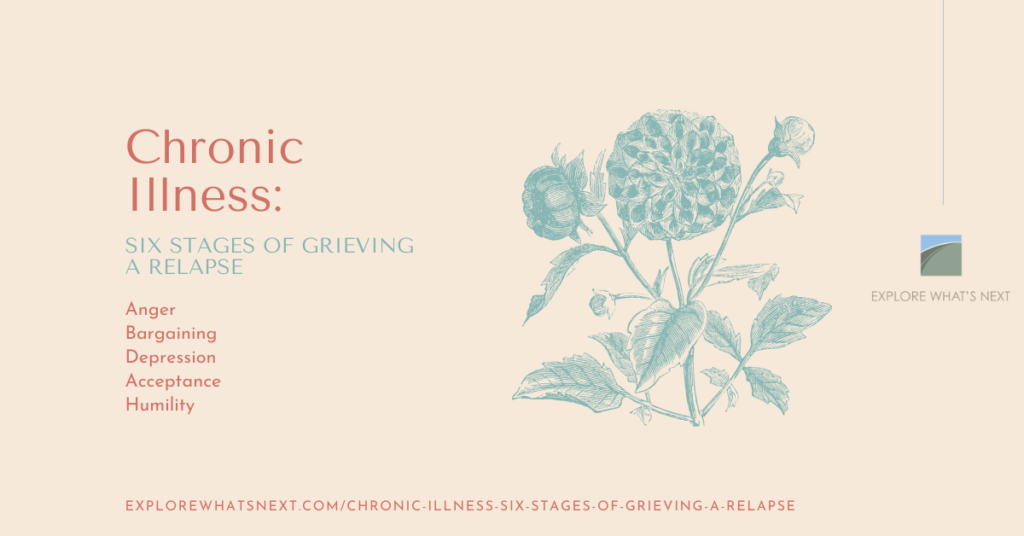 Since my twenties I’ve had this condition called nephrotic syndrome that is prone to relapse. (Later I was diagnosed with scleroderma, an auto-immune disease, a separate issue) Nephrotic syndrome is rare which makes it weird that I would get it at all. It’s not kidney failure. It’s a dysfunction of the kidneys that can turn ugly if not treated but it is treatable. I relapse, I take prednisone, my kidneys recover, I try to get off the prednisone. That’s the short story. The longer one is more painful and has its share of emotional distress. That’s the story that is hard to write. My last relapse occurred about six years ago. It was very bad and lasted quite a while, but once recovered and off meds I had a nice long stretch of health and I took total advantage of it. Anyone who has experienced remission from a chronic illness or an acute life threatening condition knows the feeling. Like a saved sinner I gave thanks every day for my cherished health. Last month I wrote about the stress I was under. A few weeks after that I noticed a telltale sign that the nephrotic syndrome had returned. Dr Elizabeth Kubler-Ross’s five stages of grief apply so well to my emotional response to relapse I decided to use them as an outline.