Editor’s note: Before I ever met her I was a fan of Dr. Delisle, our guest blogger today. A while ago she sent out a newsletter that included a list of points children wanted their divorced parents to know. It rang so true I kept it on my desk for months and shared it with many of the divorced parents I worked with. When I had the opportunity to meet Dr Delisle I thanked her for the list and asked if she would allow me to republish it here. She graciously agreed. Here is Dr Delisle’s article in it’s entirety.

Most children prefer to have their parents together, but when parents end their relationship through divorce or separation children must learn how to adjust to growing up between two homes. Parents who make the well-being of their children their first priority pay attention to their children’s needs. One of the children who helped to create this list of do’s and don’ts thought it should be titled “A Parent’s Job Description Following Divorce (If they love their kids).”

• They want both of their parents to be happy. This means that parents must move on and let go of hostility.

• They want their parents to get along with one another.

• They want parents to really listen to them and consider their point of view and preferences.

• They do not want to be exposed to their parents’ arguments, disputes or legal actions.

• They don’t want to be pressured to take sides.

• They don’t want to carry messages between parents or act as spies or peacemakers.

• They want to have the best possible relationship with both parents without interference.

• When spending time with one parent, they want to be able to talk to the other parent by phone, e-mail, text or skype.

• They want their parents to assume the best about one another and act in good faith.

• They want individual time with a parent without a new mate.

• They want to be treated as children and not have to take care of a parent emotionally.

• They do not want either parent to say negative things about one another.

• They want parents to be happy for them when they spend time with the other parent and not feel they are hurting the “away” parent.

• They do not want to be “grilled” about their time with the other parent.

• They want each parent to spend time with them and encourage and praise them.

• They want their parents to be able to attend the same events without tension.

• They want to be able to love both their parents freely. 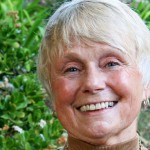 Dr. Delisle is a seasoned mental health professional who has been in private practice since 1991 in WNY and San Diego. She is a licensed Marriage and Family Therapist with a busy practice where she specializes in co-parenting counseling, couples and individual therapy. She will be offering a psycho-educational program “Cooperative Parenting” beginning in March 2013. She has graduated thousands of parents from her San Diego course and is eager for parents in our area to learn better ways to cooperate and communicate for the sake of their children during and after divorce.