Thoughts on the Hudson Emergency Landing 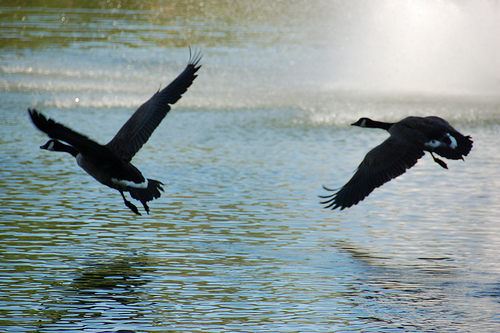 Yesterday morning I was eating breakfast at the Anchor Bar Restaurant at the
Buffalo Niagara International Airport. My flight was due to leave in 1 hour. No fewer than four TV screens were on at once, all of them showing their angle of the emergency landing on the Hudson. What was going through my head:

1) How cool is Captain Shullenberger, the pilot? By all accounts a humble man, he already has not one, but two fan pages on facebook with hundreds of people from around the world thanking and praising him, his heroism and his "It's just my job, Ma'am," attitude.

2) That birds probably brought the plane down is at once awesome and scary. Nature has a way of reminding us we're not as in control of things as we think we are.

3) CNN actually addressed the psychological needs of the survivors.  As a psychologist I have radar attuned to psych-stigma in the media. When the media surprises me with sophisticated, helpful information concerning mental health I sit up like a Beagle scenting bacon.

4) What a day to be flying! Once upon a time I had a terrible fear of flying. It wasn't awful enough to keep me from traveling but it was bad. Days before my flight I'd have nightmares of disasters. A prescription of Valium helped me get on the plane. Cognitive Behavioral treatment and practice, made it possible for me to fly yesterday without medication and in relative peace of mind.

5) Every one loves a happy ending. Just look at those passengers faces. "It's good to be alive."