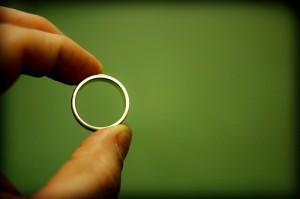 “In every marriage more than a week old, there are grounds for divorce. The trick is to find, and continue to find, grounds for marriage.”

Four months after meeting the guy I would later marry, I proposed to him. We loved each other. We were both in our early thirties. We knew how rare this was and we both saw it going on forever.

He turned me down!

Shocked and disappointed, I asked him: Why? He said, “I love you. I want to be with you, live with you but I won’t marry you. I just don’t believe in marriage. I don’t know anyone who is happily married.”

My heart sank. Too proud to argue with him about why marriage was a good idea, I took some time by myself to think over what just happened.

If he didn’t believe in marriage – should I stay with him? I did want to get married, but why? I wasn’t religious. We didn’t have any property or children that needed the legal protection marriage provided. Why was marriage important to me?

It took several weeks to sort out my thinking but I concluded that the only valid reason I had for wanting marriage was to have a public declaration of what we meant to each other. Him and me in front of the world exchanging vows that everyone understood meant commitment for life.  I wanted us to have that recognition from family and society that was immutable. It was that simple.

So I decided to give John a year. One year and then… we’d see.