My son was granted a driving permit three days after his sixteenth birthday. My attempt to teach him to drive began the following weekend. We set out to practice in an empty parking lot on a quiet Sunday afternoon. We both would have preferred to be elsewhere. 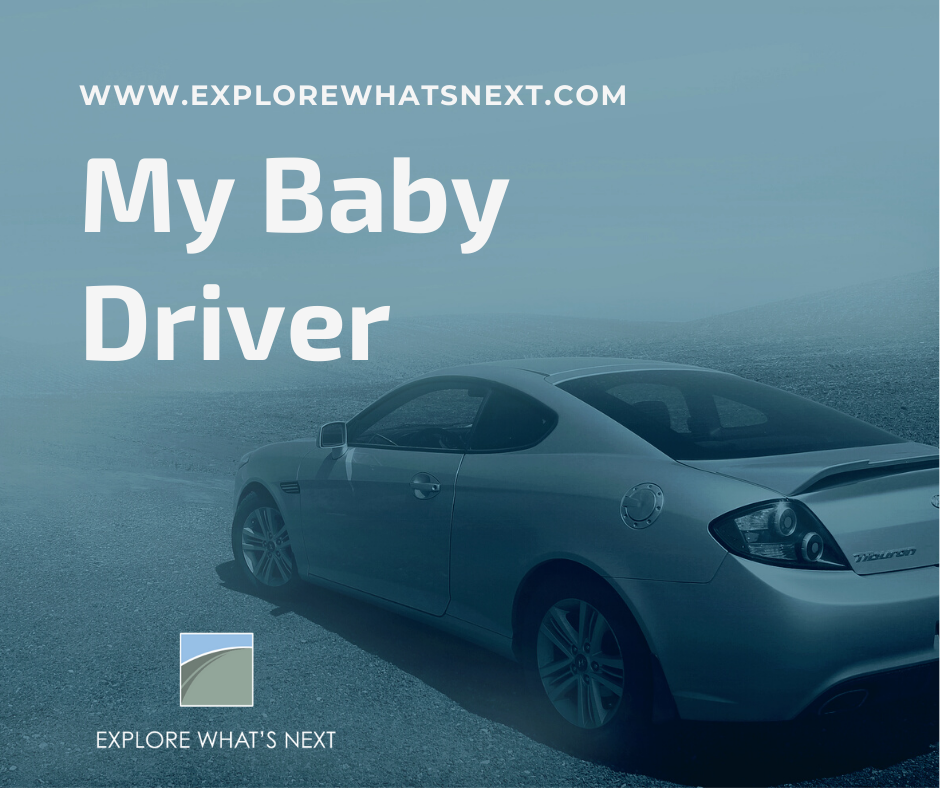 Those first few trips in the car were as anxiety-provoking as riding on a rickety wooden roller coaster.  The first time he tried to drive around the block it seemed as if he might jump the curb and head straight into our yard. The second time he swerved to avoid an oncoming car, and nearly missed hitting a mailbox.

I sat in the passenger seat with clammy hands and a pounding heartbeat. I wondered in silence how the tiny child I had once held in my arms was now legally capable of handling a thousand pound death machine. Surely, I was not the first parent to feel this way. It would have been so easy to back away, give up, put it off, or simply pump up the tires on his bike and say, “see ya!”

I didn’t give into my desire to avoid driving with him. Instead, I told him that he wasn’t quite ready to drive around the block until he’d had more practice. I reassured him that it was normal to be uncomfortable behind the wheel because he hadn’t really had a chance to learn yet. I said it seemed like we were both a little nervous but let him know I was pretty sure it would get easier.

Driver’s Ed To The Rescue!

Fortunately, Driver’s ed had started that day. I knew the instruction in the finer points of road safety and parallel parking would help him become a safe driver. I also knew that he still needed to practice regularly for the lessons to sink in, and, at least for now, it was still my job to ride with him.

Thankfully we kept our sessions brief. It has now become our habit for him to drive himself to school each morning. This short, regular trip has helped us both adjust to his new role. Now he has learned how to judge the speed and power that result from pressing the gas petal, how to turn smoothly, and how to come gently to a complete stop. Oh, and he can park between the lines in a parking lot, but he still gets out of the car to admire his handiwork.

Learning to tolerate the distress I felt when I drive with my son was very helpful. I have had to learn when to shout, “Brake! Brake!” and when to simply take a deep breath and let him keep driving. Teaching my son to drive has given me the chance to practice letting him make his own choices in a situations with real life consequences.

While it isn’t always easy, it’s something that I’m trying to do more often in our daily lives. Recognizing that my discomfort in the passenger seat is generalizable to worries or concerns I have for him outside the car makes it easier to let him make his own choices in other aspects of his life. For him to grow into the young adult I know he can be, I must not, nor should I want to, exert the same level of control over his life as I did when he was five.

I visualize the day that he passes his road test and takes my car out on his own. I accept that accidents are possible, yet not inevitable. I trust that hard work and driving practice will serve him well. Before long he will add driving to the list of skills he has mastered. As I hold the image of him pulling away in my mind, I offer him a silent wave of congratulations.

Emily Becker, LMSW, is an EWN therapist who strongly believes that it’s the strength of the relationship you create together that generates meaningful change. Emily strives to greet each session with a curious mind, an open heart, and a wish to hear your story.  Contact her directly at716.400.1605 | ekbeckerlmsw@gmail.com