How to Practice Loving Kindness? Begin With Yourself 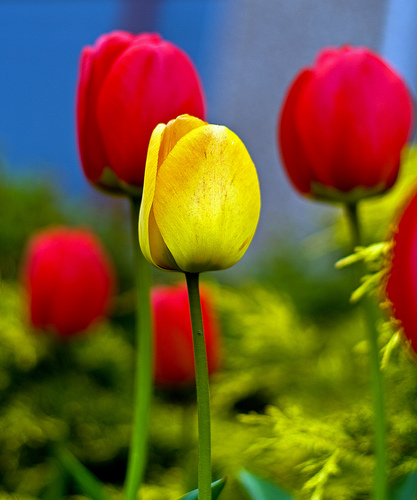 Not much on this precious Earth of ours is totally original. That doesn’t mean it’s all old, or irrelevant, just that we keep re-discovering the same truths over and over again. In an important way that is what keeps us fresh. If we don’t learn something the first time, maybe it will sink in when we hear it the second, third or tenth time around.

I used to beat myself up for having to learn the same lesson over and over. How many times do I have to remember that eating chocolate after eight at night will keep me up all night? Or that it is better to face whatever is making me anxious than it is to avoid it like the mythic ostrich with her head in the sand?

If sometimes I do hear a voice in my head say I am a bad person or stupid for being such a slow study, I remember (again) that being mean to myself does not help anyone, least of all me.

Much has been written about the importance to stop the abusive inner voice. Here on this blog you may have read some posts on self-compassion and the importance of turning down the volume on that mean Other Nasty Voice while tuning in to the more Authentic You Voice, which is invariably kind.

Yesterday I read this article by Toni Bernhard, JD, the author of How to be Sick, A Buddhist Inspired Guide for the Chronically Ill and Their Caregivers. Toni describes how she had to learn the concept of positive self-talk all over again after she became gravely and chronically sick. Toni writes:

The first few years after becoming sick, I blamed myself for not recovering–as if not regaining my health were a failure of will, somehow, or a deficit of character. This is a common reaction for people to have toward their illness. (It’s not surprising, given the barrage of  advertising claims that suggest we can stay forever young and illness free, but if illness does strike, it’s easily fixed with the right prescription drug.)

My inner critic was back with a vengeance…

…I began again. I tried to catch self-critical thoughts as soon as they arose. Then, without judgment (after all, we can’t control what thoughts pop into our minds), I used a calm and gentle voice to turn those thoughts around. Initially, this new voice felt fake, but I persisted, following another basic metta instruction: even if it doesn’t feel genuine at first, do it, because you’re still planting a seed. Surely enough, gradually, that voice did become genuine. And, as it became genuine, the negative self-talk began to fade, eventually losing its grip on me altogether.

Read the entire article here Have You Listened to Your Self-Talk Lately?