Leap and the net will appear. ~ Buddhist proverb

What you probably already know about Leap Year:

…the earth takes 365¼ days to orbit the sun, so a day is added to the Gregorian calendar every four years.

… leap years… have also given Ireland its tradition of the so-called Ladies’ Privilege. That is, women proposing to men. (Whether it’s a privilege is debatable.) 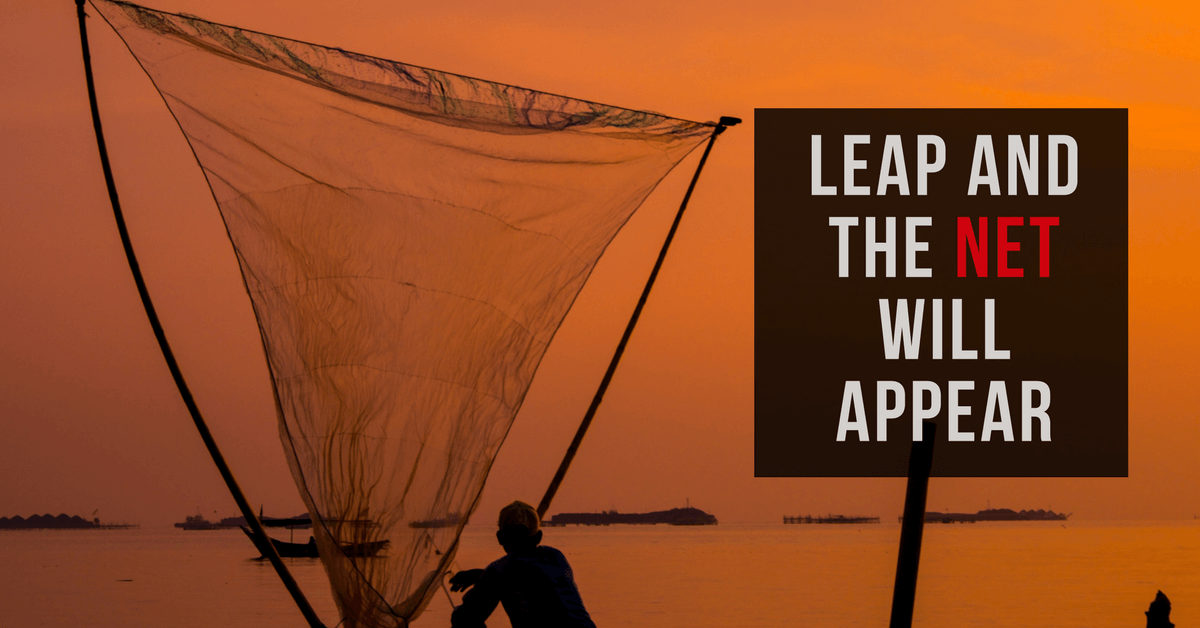 Of course it’s not a privilege! There’s no debate about it. It’s archaic. A cute idea for a Hollywood rom-com, but way past its use-by date.

Over thirty years ago I proposed to my husband after knowing him for four months. It wasn’t a Leap Year. I loved him, I wanted to spend my life with him. Nothing exceptional about this story except that he turned me down. I took a risk and he said no.

Was I hurt? Yes. Did I have to take a moment and rethink my plan? You bet. So what’s the point?

The point is that I took a chance and fell flat on my face.

My life is full of moments when I have leapt into that void. Sometimes the net was there, but honestly sometimes it wasn’t and I belly-flopped. From my high school days of trying out for the musical to today I wonder, “Is it worth the risk?”

We all take chances everyday in our work, nurturing relationships, maintaining whatever health we’ve got, keeping involved in the world and more.

It’s not the outcome of the leap that’s important. It’s the leap itself that is everything.

We open our arms, close our eyes, lean in, push out and take off! Despite the odds, despite people telling us to stay low to the ground, stay safe, for that instant we fly. Sometimes we catch a tail wind and soar! Sometimes we eat dirt. When we soar, that’s great but before long there’s another leap asking to be taken. If we fall, that’s OK too because the leap didn’t kill us and yup, we’re stronger for it.

Eight months after I proposed, John agreed it was time for us to take a leap together. I said yes.

It was so worth it!

Leap Year Lore via the NYT

Why Do We Have Leap Years?