Learn To Fly Without Fear 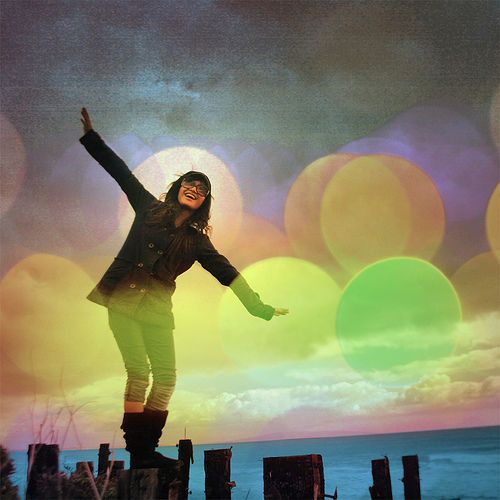 Chances are good either you or someone you love has moderate (I can get on a plane if I take a stiff drink or two first) to severe (I’d rather you pull out my fingernails one by one, thank you very much) fear of flying. Studies say up to 40% of us have some level of anxiety associated with getting on an airplane. Last February, in response my post Anxiety and the Crash In Clarence, NY, Capt. Tom Bunn wrote:

“…I’m both an airline captain and a licensed therapist specializing in the treatment of fear of flying. I sent out a newsletter advising my clients – as you did – to shut out the media.

I asked them to do this to avoid what some therapists term ‘psychic equivalence’, when what one has in [their] mind becomes, uncritically, experienced as reality…”

Capt. Bunn’s words were so intriguing there were comments to his comment! Naturally, I had to learn more…

Dr. A:  Capt. Bunn, being a veteran pilot and a certified social worker you are eminently qualified to treat fear of flying. What interested you in the treatment of fear of flying? Was it something in your experience as a airline pilot?

Capt. Bunn: Courses on fear of flying were started in 1975 at Pan Am by Captain Truman Cummings and at US Air by Captain Frank Petee and Carol Stauffer MSW. Captain Cummings asked me to work with him on his program. The program was based on education about how flying works, relaxation exercises, and exposure first to a parked airliner and at the end of the course, a group flight with the instructor.

It was very disturbing when some course participants suffered greatly during the “graduation flight” even though they were doing exactly what we taught them to do. Having been a psychology major in college, I asked that techniques based on cognitive behavioral therapy be added. Though changes were promised, they never materialized. So in 1982, I set up SOAR with the aim of developing more effective methods.

What is your core philosophy for the treatment of fear of flying?

The problem is a pre-existing lack of ability to regulate affect. [Affect regulation is the ability to modulate feelings without getting overwhelmed.] Anxiety leads to imagery of disaster. Imagining the plane falling causes the “fight or flight response” which the anxious flier interprets as danger. This feeling of danger together with imagery of falling causes the release of additional stress hormones. Increased arousal displaces cognition, and when reflective function is lost, the fearful flier loses the ability to distinguish imagination from reality, and moves into a state of psychic equivalence, in which what is in the mind – the plane falling — becomes experienced as happening or about to happen.

Treatment involves establishing ways to keep from triggering the flight/fight response and strengthening the person’s ability to think with reasoned judgment.

What makes fear of flying different from other simple phobias?

Fear of flying is different because stepping aboard a plane means giving up control. Then, the farther the plane rises from the ground, the more removed the person is from control, and from escape as a source of relief.

When concerned about an outcome, any of us would seek better control of the situation or want a way to escape the situation if things go badly. The person who lacks the internal ability to down-regulate [calm down] depends upon external strategies – control and escape – to compensate. When the person flies, these two ways of compensating are unavailable. Left with only internal resources, affect cannot be regulated. High anxiety, and possibly panic, develops.

As soon as arousal reaches the level at which self-reflective function disappears, imagination of that which is feared becomes reality to the fearful flier.

So fear of flying is a particular kind of phobia, one caused by psychic equivalence that arises when self-reflective function fails.

In your comment about my post “Anxiety and the Crash in Clarence NY” you advised people not use their imaginations because it can make their anxiety worse. How can we keep from using our imagination? It seems like such a natural thing to do.

Anxious fliers who repeatedly imagine disaster – or who repeatedly are exposed to news about a crash – develop a feeling that they “just know” their plane will crash. The first time a concern comes to mind, it is easy to dismiss it as imagination. But when a concern repeatedly comes to mind, at some point, what is imagined becomes memorized. It is memorized just as something that actually has happened is memorized. Thereafter, when it comes to mind, the imagery involved has the “look and feel” of that which is real. When something that has not yet happened has a sense of reality about it, it can seem like an omen.

I believe the key to avoiding imagination is to understand how seriously repeated visualization of a real or imaginary crash undermines a person’s ability to avoid psychic equivalence.

When my wife Marie was in art school, she had an assignment to design an imaginary room, and then to decorate it. Holding the imaginary room in mind required highly focused concentration.

This project went on for several weeks. She drew floor planes and elevations. She made drawings of the room to include furnishings, lighting and materials.

As work on the project progressed, less effort was needed to bring the room to mind. Marie said, “It was as if I could, at anytime, step into the room. It seemed like a room I had physically been in!” The room, in Marie’s experience, had become real! The imagined became memory. It seemed to actually, physically, exist.

My mother could not get on a plane without a good dose of Xanax on board. How do you feel about using medication to get onto a plane? Alcohol?

As a young adult my mother used to commute from one rural town to another in a tiny puddle jumper that she’d sooner die than get on as an older adult. Does fear of flying change as we age?

The average age on onset is twenty-seven. As teenagers, most of us believe tragedy only happens to other people. That illusion provides protection from anxiety. By twenty-seven, we have sobered up about that illusion.

Why is it that people dismiss the safety statistics and won’t flying but don’t mind driving, a much more dangerous activity?

So, if the person with fear of flying could fly the plane they’d be fine?

It’s true. Being in control changes everything. Just being in the cockpit would make it easy for them, because in the cockpit it is possible to see what is going on and see that everything is all right. In the cabin, however, what one imagines happening is not necessarily connected with reality.

The key is feeling in control – which may be rationalized. I had a client who was a New York City undercover cop who said he was not afraid in gun battles; he said he felt in control. Another client is a champion drag racer. Several ride motorcycles. Control indeed compensates.

Is there a difference between men and women and how they respond to treatment?

I think women are better able to accept they have a problem with flying. Men tend to think of themselves as less than men when they have trouble with feeling they can’t control something.

Is there an upswing in enrollments for your program after incidents like the Hudson landing or the tragic crash near Buffalo?

There has been a lot of interest. It is hard to tell how the correlation works between a crash and enrollments. I know that after 9/11, our enrollments dropped almost to zero. During this downturn in the economy, enrollments have remained level.

The range of degree of fear of flying goes from mild anxiety, to moderate, to those who only fear take-offs and are fine at cruising altitude, to those who have never flown. Is there a difference in how you treat them? In how they respond to treatment?

For those who have never flown, if they have no history of panic attacks and are not bothered by elevators, I suggest they just study free information available on how flying works and learn a relaxation exercise. They should have no trouble with flying.

But if there is a history of difficulty with anxiety, with panic, or with elevators, something needs to be done to automatically regulate the release of stress hormones so that the feelings they regard as fear do not displace self-reflective function.

What can you do to keep the anxious flyer from automatically reacting with panic whenever the plane hits turbulence?

The amygdala. The part of the brain that releases the stress hormone, does its work unconsciously and instantaneously. To change what the amygdala does – to have it NOT release stress hormones when hearing a noise or feeling a bump – we won’t have success unless it also works unconsciously and instantaneously. At SOAR, what we do is to find a moment in which the person felt an empathic and attuned moment with another person. It might be wedding vows. It might be holding a newborn. We feel profoundly safe when another person is empathic and attuned, and visa versa. It may be the case that oxytocin, a soothing hormone which inhibits the amygdala, is produced in such moments.

Then, by repetition, we do what Pavlov did with his dogs. We want oxytocin to flow when the bell ‘rings’ on the plane, in the form of turbulence, for instance, and of course when anything else happens on the plane that has been triggering stress hormone release. We link, by association, each distinctive moment of flight to the memory of the mom
ent of empathic relatedness. Whether by oxytocin, or by some other mechanism, these links inhibit the amygdala.

Some people have experienced a horrible, traumatic flight, which needs to be dealt with intellectually and emotionally. But the things that happen on a routine flight are easy to list, and I provide such a list to my clients. Clients in turn need to make a list of their concerns about non-routine flight, listing the things they fear may go wrong. If the problem is takeoff, we make sure every stimulus we can identify in the takeoff phase is included in the exercise that links flight moments to the moment of attuned relatedness.

Do you have people who successfully complete the program and come back to you for tune ups?

To learn more about Captain Bunn and the SOAR program please go to http://fearofflying.com.