LOL! A Parent’s Take on Talking with Tweens in the Digital Age

About a year ago my daughter and I wrote this post together The Real Deal: Advice for Tweens and Their Moms. In response to a reader having trouble reaching her tweenage daughter, 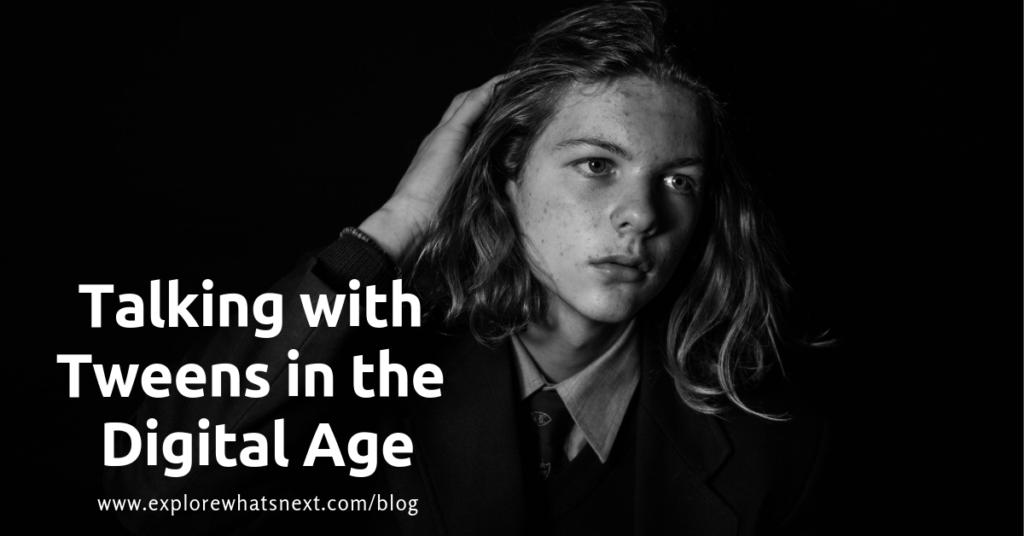 I wrote about a similar problem between my daughter and I and how it worked out:

When
Vanessa was twelve years old she was behaving like your daughter. She
seemed unhappy but every time I tried to approach her about it she shut
me down. What could I do?

Then one day I heard her laughing from the other room. She was IM-ing a friend. You
probably already know how popular instant messaging is as a favorite
form of communication for young people. So I tried the old, ‘if you
can’t beat them, join them’ strategy. From the other side of the house
I IM-ed my daughter. She responded and soon we were having the in-depth
conversations on IM that we weren’t having out loud.


I don’t remember how long it was after that, I was putting laundry away
in my bedroom. Vanessa came up to my room, threw herself onto my bed,
and asked me for advice. I nearly dropped my underwear I was so
shocked! We’ve been talking (out loud) ever since.

The post was forgotten until last week. I was going about my business when, only half listening to my favorite National Public Radio program, Morning Edition, I heard Adam Gopnik come on. A writer for The New Yorker, he started telling the story of how his 12 year old reached out to him through Instant Messaging.

“V.!” I ran to her room, “You’ve got to hear this.” We both stood staring at the radio while Gopnik explained to a live audience how taciturn his son was until they started IM-ing, back and forth, sometimes while sitting on the same couch!

V. and I looked at each other. That was exactly what we did before our communication evolved to audio.

Gopnik spun a good tale. He had us hooked and we listened to the whole story. It’s funny and touching, but mostly funny. It’s a fast ten minutes. Give it a listen: The Moth Radio Hour Adam Gopnik.

Special thanks to Mark Wozniak, reporter & host of WBFO’s All Things Considered, for providing the link.