Behavioral Economics: This Is Your Brain On Money 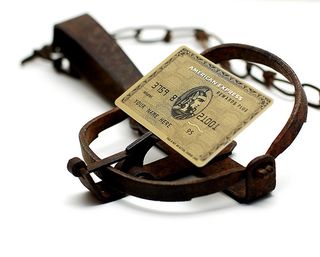 It doesn't take a genius to figure out that with recession-related anxiety saturating the very air we breathe, we might be a bit slow to trust our financial decisions.

For decades, economists did not find much merit in connecting psychology with finance. That changed  when a young economics professor from the University of Chicago, Richard Thaler, introduced himself to two Israeli psychologists, Daniel Kahneman and Amos Tversky. Together they are credited with founding behavioral economics.

Behavioral economics, and its close cousin, neuroeconomics, combines the disciplines of  neuroscience, economics, and psychology to study how people make financial decisions.

Using Psychology to Save You From Yourself, an NPR podcast, explains the origins and development of behavioral economics. Kahneman, a 2002 Nobel Prize laureate for economics, studied what he called "the illusion of validity," i.e. our judgment can be very wrong even though we are the last to acknowledge it.

For example, when a prospective employer is considering a candidate for a job they often weigh the job interview the heaviest in their decision making, a choice proven over and over again to be a mistake. Twice I hired people primarily on the basis of an impressive interview, only to let them go during the probationary period. Another time (after being burned) I hired the second runner up because her experience and credentials were the best. That person turned out to be golden.

Kahneman and Tversky pointed out lots of other errors humans commonly make in decision making, explaining why we can so easily be sucked in by clever marketing or most insidiously, credit card merchants. I found it fascinating to read their explanation of "anchoring bias":

It turns out that whenever you are exposed to a number, you are
influenced by that number whether you intend to be influenced or not.

This
is why, for example, the minimum payments suggested on your credit card
bill tend to be low. That number frames your expectation, so you pay
less of the bill than you might otherwise, your interest continues to
grow, and your credit card company makes more money than if you had not
had your expectations influenced by the low number.

Boy, does that make me feel silly. Every single time I pay my credit card bill, I have to remind myself that it's best to pay as much of the whole thing as I can, asap. But like bitter medicine I'd rather not and that low number beckons.

…began to publish their ideas — an integration of psychological
research and economics with this new flawed decision-maker at the
center. But initially, mainstream economists largely rejected the work.


The main point of contention, says Thaler, was the suggestion
that humans are less than perfectly rational when it comes to
decision-making. For the majority of the 20th century, and for the most
part even today, the human beings imagined by economists and placed at
the center of their economic models have had a Spock-like rationality.

Well, I've always loved Mr. Spock but for better or worse, most of us are more like the flawed, romantic, all too human, Kirk.

What can we do to regain trust in our financial decision-making ability?

> One thing is to address our anxiety so that we're using our higher brain to think and not letting the overly excitable reptilian brain rule.

> If you know it's best to save a certain amount from your
paycheck, set up an automatic deposit to go to a savings account.
That way the decision is made once and you don't have to convince yourself over and over, every single month.


> Knowing that it's possible your first instincts may be wrong, like deciding to sell your stock at the bottom of a recession, it's a good idea to get a second opinion; preferably from an expert, like from a certified financial planner.