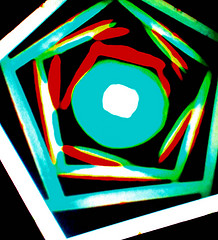 We tend to think of criticism as negative but I’ll bet there are just as many people out there who get nervous when someone compliments them, too. Hearing any form of feedback is often perceived as a kind of threat. For those of us with thin skins I advise seeing feedback as balls being tossed to us. We can catch them but that doesn’t mean we have to keep them. If we can suspend our anxiety long enough to take the time to study the feedback, we might learn something worthwhile. Or we may decide the giver was wrong and toss it back.

By the way, if being on the receiving end of the criticism feels more like dodgeball, you may be dealing with abuse, not just feedback.