3 Tips If You’re Pregnant & You Have Chronic Illness: 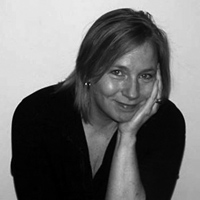 I had just finished talking with Sarah Mahoney, a writer whose work appears regularly in such publications as AARP The Magazine, Family Circle, and Good Housekeeping. She was writing an article about what it is like to raise kids while coping with a chronic illness for Parents Magazine, (September 2010, Mommy Isn't Feeling Well Today). She was looking for a psychologist's point of view and wasn't aware that I also reared my kids while handling the chronic illness end of things. A scheduled twenty minute interview stretched to thirty and we could have gone on, there is so much to talk about this subject.

This conversation took me back to when my doctors finally gave me the green light to have kids. I was in my late thirties and as we with chronic illness like to say, except for the disease I was perfectly healthy.

One of the first things to consider was who would be my OB-GYN. Choosing a doctor, as we know, can be tricky. What I needed was a board certified Maternal-Fetal Medicine specialist. That's an obstetric doctor who specializes in high risk pregnancies. Dr. Margaret McDonnell fit the bill and she was wonderful. Once I knew I was in good hands medically, my husband and I got to work and bida-bing-bida-boom, I was pregnant.

Nine months later my son was born. That pregnancy went so well, I worked full time to the day before he was born, on his due date! Seven pounds, eleven ounces. Perfect.

A year or so later, all systems were still Go!  We got pregnant again. My son's pregnancy and birth went so well we became complacent. It seems nuts in retrospect, but I was in a cloud of denial. High risk? Not me! I continued working even when Margaret told me to take it easy. She didn't like how my blood pressure looked. To me 'taking it easy' meant working six hours a day instead of eight. Margaret meant start maternity leave NOW but she didn't say that explicitly and I didn't ask her to define 'take it easy.' This mis-communication still haunts me.

Tip #2  Make sure your communication with your doctor is clear!

Five months pregnant I was barely showing. Many people at work still didn't know I was expecting my second child. The amniocentesis test reported a healthy baby girl. I was in heaven!

Then I started getting sick. It wasn't the usual morning sickness. It felt like the flu and it wouldn't go away. Finally I called Margaret who told me to go to the hospital right away and to bring a toothbrush, code for "you're spending the night." Still in denial-land, I was shocked. My son was in daycare and my husband at work.

Bottom line I was admitted and ordered on complete bed rest. At 25 weeks gestation, the baby was in distress, low amniotic fluid, and something was up with my kidneys.

My husband and I were completely surprised by this turn of events. Not good.

Tip #3  Have contingency plans and back ups to your back ups.

We have no family within shouting distance. Thank God we have the best friends in the world who at the last minute took care of my son while John ran from work, to the house, to the hospital. A few days later my in-laws arrived from New Jersey. The fact that they dropped everything and flew to our rescue when they are change-averse and hate to fly, will forever keep them in my heart.

Learn from our mistake. Planning better would have saved us a lot of stress and last minute scrambling.

Blessedly this story has a very happy ending although we didn't know that for a while. My daughter was born at 28 weeks, crying like little kitten, which meant she could breathe on her own. Weighing in at one pound, thirteen ounces, she was whisked away to the neonatology ICU. My kidneys recovered shortly after she was born and I was discharged. My daughter came home three months later. We watched her like a hawk for two years. Today she's a healthy, hearty, fourteen year old.