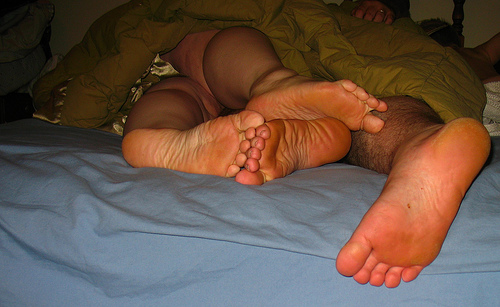 
Some people will do anything for a book deal.

Sex with your husband/wife every day/night for 365 days.  Good or bad idea?

Honestly, just the thought tires me out but maybe having sex every night is like running.  The more you do it the more energy you have to do more.  Hummm, something to think about.

Explore What’s Next has been publishing for quite a while and we’ve started going back and looking at our older posts. While we tend to be a bit nostalgic about our early posts we’ve also found some updates to the stories and articles that we’ve written. In our best attempt to keep our readers well informed we added this correction as it appears on the New York Times website.

An article on June 8, about two couples who wrote books about trying to have sex every night, misstated a statistic in the study entitled American Sexual Behavior, by the National Opinion Research Center at the University of Chicago. It found that the frequency of sexual intercourse among married couples 18 to 29 years old was about 109 times a year — not 84 times, which refers to the frequency among all 18- to 29-year-olds.

then maybe consider one of these articles we wrote

5 Ways to be Generous & Build a Happier Marriage