Six Steps to Take Right Now to Improve Your Marriage 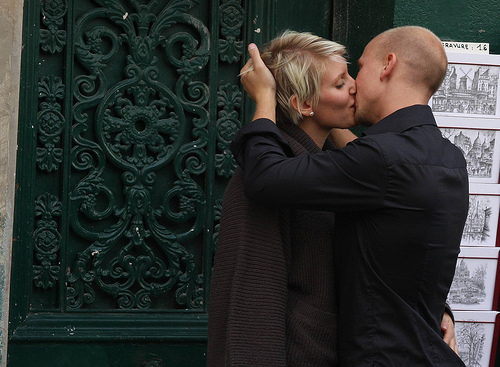 To nurture a happy marriage or to repair and revive an unhappy one take a look at these six steps, adapted from We Can Work It Out: Making Sense of Marital Conflict, by Clifford Notarius, Ph.D., and Howard Markman, Ph.D.

2. One "zinger" will erase 20 acts of kindness.  It takes one put-down to undo hours of kindness you give to your partner. The key: intimate partners must learn how to manage their anger and control the exchange of negative behavior by finding a way to express the feelings in a constructive manner. Constructive expression of gripes, criticisms, and annoyances is a matter of knowing how to express oneself and choosing the appropriate time and place for the conversation.

3. Little changes in you can lead to huge changes in the relationship.  The differences between happy and unhappy couples tend to be small and subtle.

Most couples in trouble think that for things to improve, extraordinary changes, if not a miracle, have to take place. And human nature being what it is, most of us who have relationship troubles think these changes need to be made by our spouse, not ourselves. But we often don't realize that we have no control over our partner's behavior.

As a result, we develop a sense of hopelessness and helplessness about the relationship. If only he or she would change, everything would be fine – or so we think. The breakthrough comes when we realize that by making even small changes in ourselves, we can effect big, positive changes that make us more optimistic and open to our partners.

4. It's not the differences between partners that cause problems but how the differences are handled when they arise.  Many partners think that their relationship woes are the result of differences between themselves and their mate. We've heard many couples say, "We're not compatible: he likes to be on the go; I like to stay at home," or "She goes to bed early; I'm a night person." This reasoning is an understandable effort to explain the causes of unhappiness.

But rather than focusing on areas of agreement and disagreement, partners in happy relationships develop good listening skills. These skills have nothing to do with eliminating differences, forcing consensus, or giving advice. Listening skills involve understanding and acceptance of differences in personality and taste. Having a good listener is having a good friend. In a happy relationship, a partner can count on his or her mate's being a good friend and never a judge or counselor.

5. Men and women fight using different weapons but suffer similar wounds.  Not only do men and women suffer similar wounds, they also sustain them trying to accomplish the same objectives: acceptance, support, affection. When partners try to understand what is not going right in a relationship, they tend to examine the current weapons being used rather than the ultimate goals that are so strongly desired by both people. When we have focused our research on the goals men and women share for their relationship, we have exposed many common misconceptions about the differences between men and women in marriages.

Contrary to conventional wisdom that men "have a problem with intimacy" and women "tend to overreact," men and women differ little in their desire for intimacy and connection. For a variety of reasons, both biological and cultural, men have a harder time handling conflict, while women have a harder time handling emotional distance. Thus, men often withdraw from uncomfortable arousal in association with marital discussions while women sometimes feel a need immediately to resolve every conflict through discussion.

6. Partners need to practice relationship skills in order to become good at them.  Many partners seem to live their lives by playing at the game of marriage. We're bombarded by celebrities joking about their fifth, sixth, or seventh spouse. Instead of continually changing partners in the quest for a happy relationship, people should be learning to manage the conflicts, angers, and disagreements that are common to all relationships.

Unfortunately, partners enter into relationships with no agreed-upon rules or skills for handling the strong negative feelings that are an inevitable part of all relationships. Without rules, in the face of conflict, partners often resort to forms of guerrilla warfare with random sniping that can seriously wound their mates. Instead of taking control of conflict, partners let conflict take control of them.