April can be cruel, especially in Western New York.  It’s the muddy season, the rainy season, the cloudy season, anything but what is traditionally thought of as the spring season.  We are lucky that this 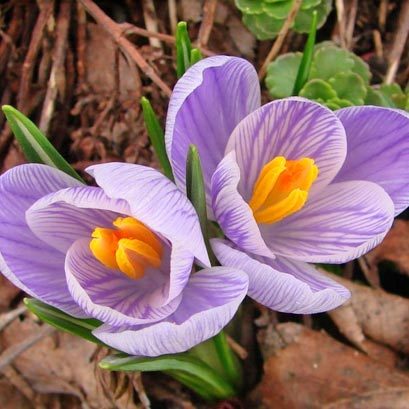 week, while most of our kids are on Spring Break, it really is spring or at least for what counts for spring around here.  With the sun out, the air clean from last weekend’s rains and a warm promise in the air, we are smiling.

People from outside our part of the world don’t understand that the winters here really aren’t that bad.  The white snow makes the dark days sparkle.  Winter sports are hot.  Believe it or not, It never really gets that cold.  Real cold is below zero Centigrade or Fahrenheit.  The temperature rarely is lower then 20 here.  So what’s so bad about the weather in Buffalo?  It’s April and May, when it feels like it’s spring everywhere else (except maybe Canada) and it’s enough already!  Plus, the pretty snow is gone and mud is in it’s place.

Where I grew up, in Eastern Kansas, the daffodils and irises were in full bloom by the time my birthday rolled
around in mid April.  Around here that’s not likely.  But we do have the green spikes of the early spring flowers spearing up from their beds and the crocuses and, this week, the sun, so we’re happy and we are smiling. And on top of that, we’re puddle stomping!

5 Ways to Break Out of Winter Into Spring!

When Snowmageddon Comes, Be At Home