The Biggest Loser: Should I Be Horrified or Inspired? 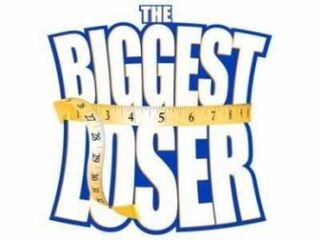 LOS ANGELES — When more than 40 former contestants from “The Biggest Loser” gather Wednesday for a reunion television special, the winner of the program’s first season, Ryan C. Benson, who lost 122 of his 330-pound starting weight, will be absent. Mr. Benson is now back above 300 pounds but he thinks he has been shunned by the show because he publicly admitted that he dropped some of the weight by fasting and dehydrating himself to the point that he was urinating blood.

That excerpt, from an article in the New York Times by Edward Wyatt, was written a few weeks ago. Tonight was the big finale of the Biggest Loser and yeah, I watched it. This is the first season of the Biggest Loser that I've followed and I have to admit there's something compelling about it. I can't decide if I should be horrified or inspired.

At least one other contestant has confessed to using dangerous weight-loss techniques, including self-induced dehydration.
On the first episode of the current season, two contestants were sent
to the hospital, one by airlift after collapsing from heat stroke
during a one-mile race.

I was inspired when I saw the older people work out hard and maintain their pace. If they could do it, I could do it. Then horrified when people were disappointed, even cried, when they 'only' lost five pounds in one week. I would give away my first born to have that kind of weight loss!

Medical professionals generally advise against losing more than about
two pounds a week. Rapid weight loss can cause many medical problems,
including a weakening of the heart muscle, irregular heartbeat and dangerous reductions in potassium and electrolytes.

There was an awful lot of emphasis on the workouts and less on the eating side of the weight loss equation. Why is that? Is it because eating isn't as sexy? Is it because it's harder to regulate what people are or aren't eating? I wonder.

“I’m waiting for the first person to have a heart attack,” said Dr. Charles Burant, a professor of internal medicine at the University of Michigan Health System director of the Michigan Metabolomics and Obesity Center.

“I
have had some patients who want to do the same thing, and I counsel
them against it,” Dr. Burant said. “I think the show is so
exploitative. They are taking poor people who have severe weight
problems whose real focus is trying to win the quarter-million dollars.”

Even Jillian, the trainer on Biggest Loser, part physical challenger, part primal scream therapist, had to admit to "the dark side of the show".

“Contestants can get a little too crazy and they can get too thin,” she
said. She said contestants are medically checked and disqualified if
they are dehydrated or are found to be taking drugs or diuretics. “That
is the worst part of the show,” she said. “ It’s just part of the
nature of reality TV.”

Back to the inspiration: There is no question that thousands of people are probably healthier today because they saw what was possible on the Biggest Loser, in spite of morbid obesity. I just hope they did it smarter.

Read the entire article, On 'The Biggest Loser,' Health Can Take a Back Seat.