Getting Real: Facing the Greatest Fear of All

Unexpectedly I faced one of my greatest fears yesterday. Of course it would be Halloween.

Feeling bouncy and full of myself I decided on a whim to publish the article I wrote about my name and Elvira, Mistress of the Dark, on PsychCentral. Something light for Halloween, I thought.

Not My Greatest Fear

After the article was posted I went about my business. Later, when I checked on it again, my
blood ran cold. Someone left a not-so-nice comment: 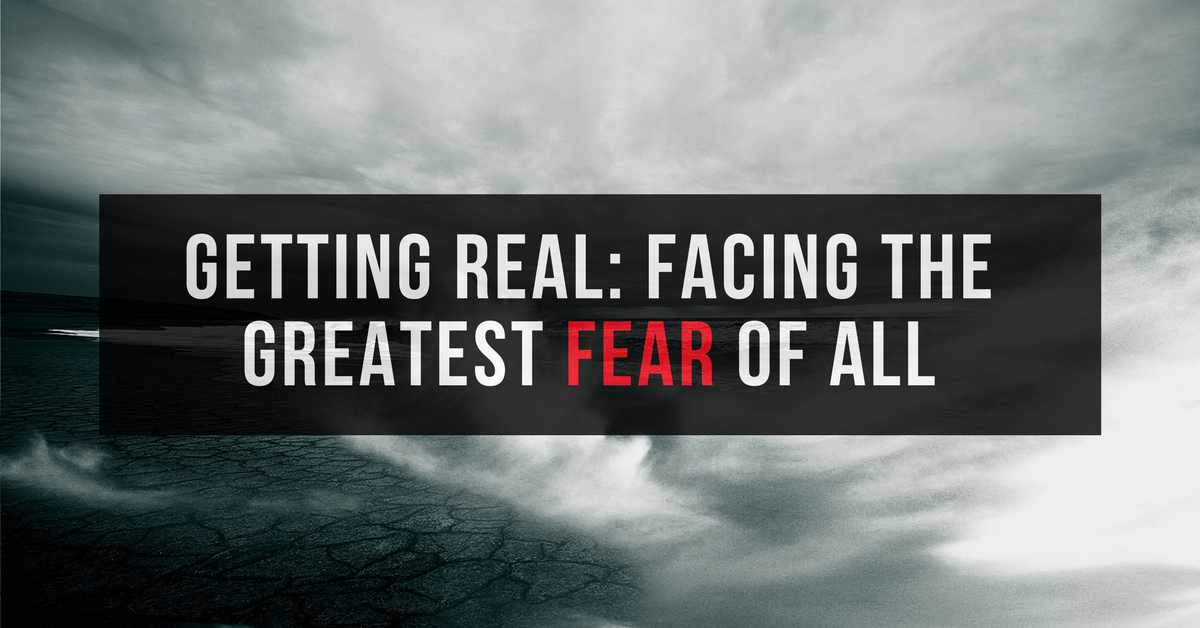 Ouch. Well gee, I guess I could see someone looking at it that way. I let it go. Comments that aren’t positive is part of the blogging territory, part of being “out there.”  I went back to work. Two hours later I peeked again, another comment, this one stopped me in my tracks:

Here It Is… My Greatest Fear

Oh, boy. Now what do I do? Take down the post? Leave it and see what happens? Did I make a terrible mistake that was bound to destroy my reputation? Who did I think I was anyway?

Can you smell the panic?

I tried to breathe. It helped but my heart was still beating too fast. I drank a cool glass of water. Better. Quickly I texted a cry for help to my editor, Steve, and then drove home.

When I walked into my house I smelled the delicious aroma of dinner. My husband, who was cooking, greeted me, quickly followed by my daughter and my dog. Gratitude
washed over me.

You may think I’m exaggerating this whole thing, it seems so silly, but these were my genuine feelings.

The tag line up on my flag head says

“for those with courageous hearts but thin skins,”

because I suspect many of us who deal with anxiety and depression feel just like that. Never do I want this blog to be a vanity project. My mission is to help people be resilient, not just temporarily happy. Everyone deserves to feel strong and confident no matter what life brings, to know they can deal with anything and thrive. In order to do this effectively I fully admit, I’m not just a teacher, I’m also a student.

When I was able to talk with Steve he talked me down by saying,

“You are trying to help people by not hiding behind an impersonal therapist facade.
You admit you have foibles, you aren’t perfect, you struggle, too. That’s who
you are, that’s what people identify with. You can be a professional and still
make mistakes, be human.”

Then about writing, he said, “My artist friend, Farzad Kohan, says that as an artist you can work behind closed doors at which point no one is allowed to criticize. But once you put your art on a gallery wall, open it to the public, you can’t protect it any longer. In a sense, it doesn’t belong to you anymore.”

Steve gave me something to think about. When I went back to PsychCentral I found someone, one of the editors, I guess, had taken down the nasty comments. I considered taking down the entire post. I decided not to.

In order to get over this ‘stupid’ incident I had to face my real fear. It wasn’t a matter of toughening up. Ages ago I accepted I will always be sensitive. My sensitivity is in large part what makes me a good therapist. Tolerating this confrontation with my greatest fear was the challenge. And what is my greatest fear? My greatest fear is not being perfect and being rejected as a result. There, I said it. It’s an old fear. The very first post ever on this blog was about just that.

Your core fear may be something else but I’ll bet it messes with your life, too. Unless we can tolerate standing still long enough to face them, get through, around, over or under  them, the fears win.

In addition to talking with Steve, these four things helped me a lot. I want to share them with you in the hope that maybe you can identify with what I went through and these might help you too:

If you enjoyed this article, please consider reading these as well.

10 Reasons Why Someone in Therapy May Not Be Getting Better