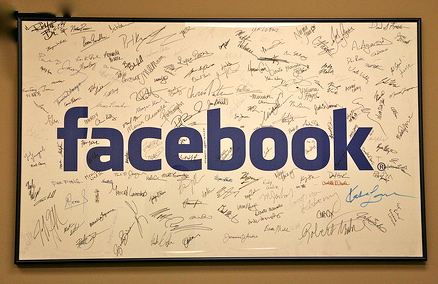 The fastest growing segment of people on Facebook (FB) are those over thirty-five years old. A lot of them are parents.

It won’t be long before some very clever hacker will produce Facebook G2: ‘Where your mom can’t find you.’ Why? Because even in the Internet-cell phone- GPS age, a developing young adult wants his or her privacy. Is that so bad?

This question came to my attention when I first joined Facebook about a year ago. Being a newbie, I did everything Facebook instructed me to do, including invite everyone in my email address book to be my ‘friend’. That included my teenage son, M.

M. was on Facebook a year before I was. My son is a healthy typical American teenager, which is to say, his peers mean everything to him. I don’t expect to know, or approve, of every little thing he’s up to, but I do expect him to be responsible and, in the most important sense, he is. He didn’t exactly ask my permission to have a FB account but he didn’t hide it either.

It took me, a typical middle-aged American, some time to understand how central Facebook is to the young people in my life. To me it’s a shiny new toy. To them it’s essential. Facebook is a prime communication tool for many young adults to keep up with real life friends. And by Real Life, I mean going-to-school-together, same age friends, the population for whom Facebook was invented in the first place.

In my dealings with teenagers I have learned, often the hard way, when it is best to not to take things personally. This appeared to be such a situation. So I asked him, as un-pathetically as I could manage, “Why won’t you be my friend on Facebook?”

He proceeded to explain. “My friends will see my Mom is my friend and that’s just not cool. Then they’ll want to be your friend and it just get’s weird after that.” The subtitles read: ‘My friends are my friends. You are my Mom. Please do not embarrass me in front of my friends.’ Got it.

This conversation opened my eyes to a conflict felt by both sides of the generational divide. There are many teens who have no problem ‘friending’ their parents and even find it fun, to everyone’s satisfaction. On the other extreme, a former client, a college student, contacted me a few months ago wanting to know my stand on parents and FB. Her mother had a history of emotionally abusive and dysfunctional behavior, issues that were central to our therapeutic work. When her mother found her on FB, my client felt pressured to allow her to become a ‘friend.’  With access to my client’s account, including photo albums, her mother could now criticize the young woman openly her wall. It took a little while before my client could act on her right to un-friend her mother.

Should a parent be their kid’s friend on FB? My opinion is… It depends.
It depends on:

After doing research on the topic and conducting an informal survey of teens and parents, I conclude that there is no cookie cutter, one-size-fits-all answer.  Even so, all is not lost. Here are some suggestions for your consideration:

With my teens, it’s much more effective to take a collaborative approach rather than to dictate. For example, I do not insist on sharing passwords. When asked, my daughter shared her’s without a problem. My older son, would rather die first.  But then he has proven to be a trustworthy young man, so there’s no insisting. I can’t say the same goes for all parental situations. How we decide to handle this brave new world issue is very dependent on individual circumstances.