What Weighs You Down? 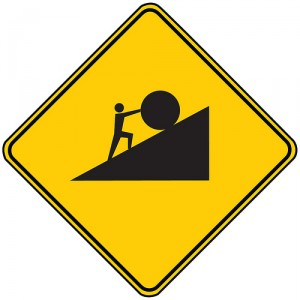 Here’s something important I learned on my weight loss journey: what keeps my extra weight packed on has less to do with food and more to do with the people, places and things that weigh me down.

What weighs me down? At the top of my list are unreasonable expectations of myself tied to what I imagined my father’s expectations were.

Next came self-imposed stress, trouble setting limits, saying no, guilt over never being able to do enough. You know… the usual.

Once the things that weigh me down were recognized I could begin to address them.

Awareness is a good start but Action is the golden ticket.

First I wanted to do something once and for all about the weight I was carrying regarding my father’s expectations. This is going to sound corny, but what the heck: I wrote him a letter. In it I declared my independence and hoped that he could accept me, be proud of me, even better, respect me, as a wholly different person from himself. Doing this was painful, I don’t deny it, in fact I avoided it for weeks.

Finally, the discomfort of avoidance became greater than the anxiety over writing the letter. To make it a bit easier on myself I started by using a dictation app on my iPod (Dragon). That helped because some of the translations from voice to text were hilarious!

Once I started “talking to” my Dad, the flood gates opened. I had to stop and cry here and there as I said out loud what had been swimming in my head for years. I needed to be who I was. If that disappointed him I couldn’t own it any more. It was for him to deal with, not me.

I imagined my father’s serious face as he listened to me. I heard him responding in his gravelly voice, surprised by his compassion and understanding. (Did you know they have Internet in heaven and he subscribes to my blog?!) He didn’t agree with all I was doing but could sincerely say he respected it. What a relief!

Secondly, the self-imposed stress deal. I am all about making healthy choices, setting limits and all that. Practicing what I preach is a challenge and I think I figured out one reason why.  I need to give myself permission to disappoint people.

This little insight occurred to me when I was talking with a friend, an entrepreneur working mom, over lunch. She was asked to take over the leadership of a business women’s group and she was stressed out about it. The burden of starting her new venture, caring for the needs of her child and home were enough. One more thing was going to break the camel’s back.

“Don’t do it,” I said. “Let them know you are honored and in a few years when your kid is older and you have your business on cruise control, you will be happy to take the job. Just not right now.”

She felt bad because these women were wonderful and she didn’t want to let them down. I said, “You just finished telling me how you are just managing the stress you already have. Maybe you need to give yourself permission to disappoint them. By saying ‘no’ to them you take care, not only of yourself, but your family, too, don’t you think? If your friends are reasonable people, maybe they will be disappointed at first but they will totally get over it and in the end, probably respect you more for your ability to say no.”

Isn’t it remarkable how we say the wisest things when we are helping our friends? Wow, I thought, that was good! I need to do that! It’s not just my Dad’s expectations I was carrying around like extra baggage, it was everyone else’s, too. And here’s the weird thing. A lot of what we think are other people’s expectations don’t really exist. We exaggerate them in our head.

Putting these insights into action is a continuous challenge but yup, I’m definitely feeling lighter here!