7 Reasons Alcoholism is Different for Women 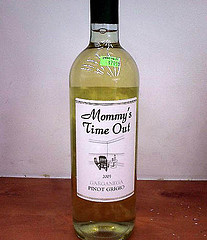 Don’t you just love those Mad Men episodes where the men have fully stocked bars in their offices and the women drink coffee with their neighbors?

Times have changed. Womens’ liberation has given us the right to drink just as hard as the men do.

Cosmopolitans, apple-tinis, white wine, mojitos, could be considered girly-girl drinks. But when it comes right down to it, they hold just as big a punch as a shot of single-malt scotch, neat.

It is a fact that alcoholism is a disease with a known course and outcome no matter what sex you are. But statistics show that women are drinking more than ever and we are being
stopped for drunk driving more than in previous years.

Stress in our society is different for women than it is for men and there is no denying that physically we are not the same.

Problem drinking, and resulting alcoholism, is just not the same for women and research upholds that premise. Here are some ways alcohol can cause unique problems for women:

1. Progression from problem drinking to alcoholism is faster. For women drinking becomes a problem later in life than in men but the progression of the disease is faster. This means that the consequences of alcoholism – black outs, destruction of the liver, kidneys, pancreas, neglect of self-care and care of children, driving while intoxicated – and more, all happens more quickly for women than for men.

2. Women do not metabolize alcohol as quickly as men. More than one drink puts women in the danger zone for illegally high blood alcohol levels, only ONE, compared to over two drinks for men.  Women are are at high risk because they will try to match how guys drink, drink for drink.

Women tend to think that if they stick to wine their drinking is above reproach. Red wine is ‘healthy’ and white wine is so light, what could it hurt? One lady-like glass (3 ounces) of wine, red or white, is equal in alcohol content to a shot (1 ounce) of vodka, tequila or scotch.

3. Self-medication. More women suffer from depression and anxiety than men. Many reach to alcohol as a form of medication to soften the sharp pain of these conditions.

4. Date rape. Women are much more vulnerable to be the victims of physical abuse when intoxicated. They are at higher risk doing things they never would do normally as a result of drinking, like being intimate with a stranger. 90% of sexual assaults on college campuses involved alcohol.

5. Stress. Women take on the burden of unrealistic expectations involving perfect parenting, perfect kids, perfect career, having a fulfilling job to support the family, have a showcase home and social life and do it often in isolation. It can all be too much, so “Mommy needs a drink” becomes a mantra.

6. Easier to hide excessive drinking. Because women traditionally are not solely responsible for holding a job outside the home, they only have to cover up their drinking from one or two adults.

If you think you have a problem with alcohol, or know someone who does, do not wait for a tragedy before you get help. As I have said before: For now, today, you have a choice. Don’t believe the old myth that you have to hit rock bottom (whatever that is) to begin recovery. You can get help now, find treatment and take your life back.

Why She Drinks: Women and Alcohol Abuse

A Cocktail Mom Sobers Up

On Point, a radio show: Why Women Drink

Mommy Doesn’t Drink Here Anymore: Getting Through the First Year of Sobriety