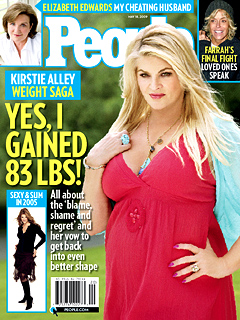 The scale says I lost a pound last week. Once again I forgot to measure my waist. (What's that about?) Oh, well.

Still I didn't feel like celebrating. Why not? Because I saw a photo of myself taken the day before at my daughter's Appreciation Day (That's the politically correct name for graduation from Middle School these days.) As much as I internally feel good about my weight-loss, as soon as I saw that photo the automatic thought in my head was, "Ew! I look like an old woodchuck!" You know, puffy cheek pouches and round middle. I was not nice.

Photos of myself have always been my downfall. I work and work and the dress sizes get smaller and smaller until I see one lousy photo and BOOM, all that work gets blown to bits.

Am I vain? Yes. Totally and unapologetically. Is my self-esteem dependent on how I look? Ouch, that's hard to admit. Maybe, a little. At least enough of the time that my mood can get sucker punched by an unflattering photograph.

Not being abusive to ourselves is so important. It makes me sad to see celebrities like Oprah or Kristie Alley call themselves 'disgusting' or 'pathetic'. Does it help to talk about themselves like that? Experts say talking to yourself in an unhealthy manner makes other healthy habits nearly impossible. On the other hand, I might feel bad too, if I was photographed all the time as part of my job. Just the thought makes me shudder.

Dr. David Kessler, a former commissioner of the FDA, wrote The End of Overeating: Taking Control of the Insatiable American Appetite.

Interviewed for Bingeing On Celebrity Weight Battles, Dr. Kessler said, "No one wants to be fat, but I care most that people stop beating up on themselves."

What's
the antidote? Follow my own advise. Right. So I talked back to
the negative automatic thought. It took some doing but after reassuring
myself that I was not an old woodchuck, that I had valuable attributes
not captured by that photo and, by the way, the event was not
about me (the get-over-yourself defense), I felt a bit better.

What really did it was saying, "That is just a bad photo," and hitting the delete button. There! Self-esteem restored!